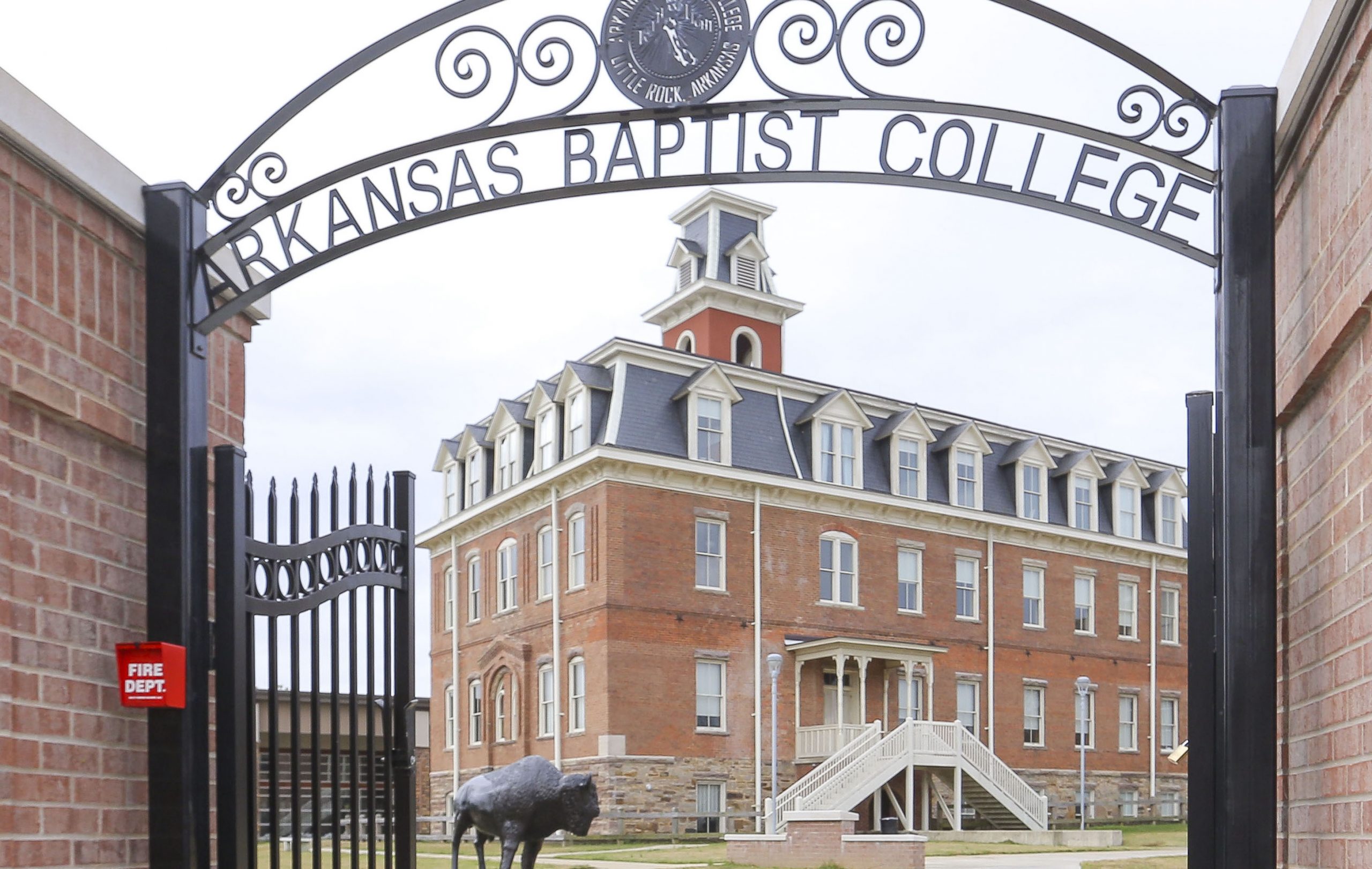 Founded in 1884 by the Colored Baptists of the State of Arkansas, Arkansas Baptist College was originally named the Ministers’ Institute and opened at Mt. Zion Baptist Church in Little Rock. Most of the school’s students were trained in ministry, as the dual objective remained a commitment to academic and cultural excellence while valuing the principles of Jesus Christ.

The college’s name was changed to Arkansas Baptist College In 1885 when the school also moved to what is now Dr. Martin Luther King Jr. Drive. This has remained the campus’ location into the 21st century. The cornerstone to the Main Building on its campus, built in 1893, is one of the oldest surviving academic buildings in the state of Arkansas and is listed on the National Register of Historic Places.

Arkansas Baptist College was accredited by the Higher Learning Commission in 1987, and though placed on probation by the Commission in 2014 after the school experienced several financial difficulties, has since regained full accreditation. Arkansas Baptist College is the only historically Black Baptist college west of the Mississippi River, and today boasts a student population close to one thousand from all across the United States. The college is supported by the Consolidated Missionary Baptist State Convention.

Additionally, at Arkansas Baptist College Student Activities play an essential role in the construction of the college experience. The goal of Student Activities is to complement academic programs, and as such, Arkansas Baptist College offers an array of student life extracurriculars. Students have the opportunity to participate in Student Government, Band, Chapel, Greek Life, Athletics, and Choir.

Arkansas Baptist College works to prepare its students for a life of service rooted in scholarship, Christrian development, and social responsibility.

Some notable alumni from Arkansas Baptist College include, but are not limited to: Arkansas Baptist College is an institution devoted to the intellectual, personal, spiritual, and professional growth of its students. As one of Arkansas’s most affordable institutions of higher education, ABC utilized a personalized approach for the student body with committed instructors, a sense of community, and spiritual values and principles integrated within and throughout the college structure.

Our site uses cookies to improve your browsing experience. To learn more about how we use the data we collect, visit our privacy policy.
close
Compare